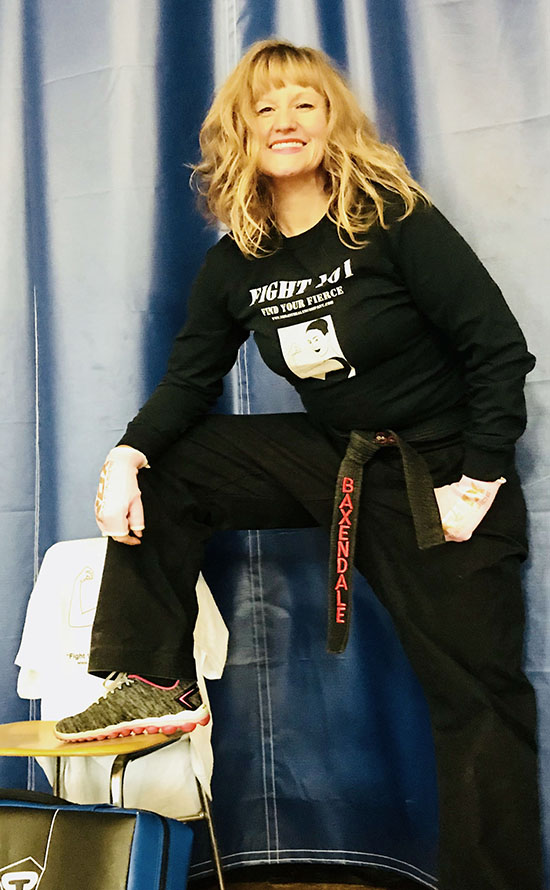 The story of Fight 101 began when Traci was 5 years old. She was brutally sexually assaulted and escaped from her perpetrators, somehow making it home.

With no memory of the event, and suffering from dissociative amnesia and body memories, Traci’s journey of recovery spanned years into her adulthood. Her parents, in their early 20’s at the time of the trauma, and with no treatments yet available for PTSD – put her in a martial arts class. Traci is now a 3rd Degree Black Belt, has competed and taught all over the world and is known as a highly accomplished martial artist. She taught her first women’s self-defense class at 15 years old in the UK. Fight 101 is now part of a national campaign against sexual assault. Traci humorously calls it her ultimate revenge!

Get more information about how we can help you.

Get more information about how we can help you. Contact Us